The 2017 Half-Price Books and Fremont Cultural Arts Council’s Flash Fiction Contest was held on Saturday, September 9, 2017 at Half Price Books in the Fremont Hub. The subject for the 300 words or less stories this year was ‘The Year 2070 or Later’, and there were many wonderful tales submitted, filled with imagination, interesting situations and characters that the 107 patrons of Half Price Books who voted for their favorites had a difficult time deciding on their favorites, and there was a three way tie for 3rd place!

First prize of $65 cash was awarded to Sudiksha Vaidyanathan for her story “Posthuman.”

Second Place winner was awarded a $55 cash prize, which went to “The Goodbye Hug” by Richard Lau

Third Place winners were each awarded a $10 Cash Prize and a $25 Half Price Books Gift Card. The winners were:

I am one of the few.

The few who have not forgotten the Emotion of the Before.

A place of Happiness. Anticipation. Stress.

The procedure had not worked on me, like it had on the others. It has left them blank, and unfeeling.

But, I am one of the Disturbed; those who react differently. Who see and feel the world differently.

At times, like when I had gone to the annual carnival, I had felt it.

A rush of something so bitter sweet and enticing pumping through my nerves. Adrenaline, like a jet plane, rushing through me, awakening me.

They had called it Excitement.

Or when I had lost my favorite blue hat in a store.

A hard lump pressing against my throat, a salty wetness cloistering around my eyes, and the urge to shed the water and throw myself into someone’s arms.

They had called it Sadness.

The wanting, while going hiking, to venture further and further into the cave, a sort of clearing of every sensible thought in my head.

And when Celia had won a medal of excellence; the fixation of my mind on causing her distress, and wiping the smile from her face. The hardening of my heart, causing me to smash her trophy down.

But I did not care. This Emotion had always intrigued me. Had always had my mind tugging myself forward to know more. The wanting- no, needing- to dig just a little further, a little deeper.

They had called it Curiosity.

Oh, how did I get so emotional, like the humans we vanquished?

She smiled as she always did, her eyes reflecting part sadness, part brave tenderness in not letting it fully show.

The farewell choked him, as always, the words refusing to stay down.

“You know I’m always happy to see you, dear.” the mother replied.

“It’s just that…I’m worried if I give you a specific time, you…you might not be there.”

“I’ll always be here for you, son.” came the reply, full of sunshine and confidence that only a mother possesses.

“I know, Mom. I know.” His tone was hard and bitter, as an unappreciated soldier or a child who grew up too soon. He knew what was coming next.

It was 2075. His mother would have been 112 years old. Thirty-seven years ago, her personality, manner, thoughts, and facial expressions had been scanned into a personality media file.

But it was outdated software running on even older hardware. None of it was compatible with the breakthrough of reliable permanence that occurred just three years after his mother passed away.

And so the mother’s image on the screen flickered, as the corrupted and disintegrating portion of the mother’s profile was reached.

He hit ESCAPE, but there was none from the heartbreak.

Still, he wrapped his arms around the tablet, longing for the softness and warmth of flesh that the plastic and metal frame refused to give.

“This is so humiliating! Every day since dogs took over all we do is crawl, eat dog food and chase animals,” said Jorge.

In the morning Jeff woke up first. “Rise and shine, sleepyhead,” he said.

That afternoon Jorge, Jeff and the dogs went on a walk.

They didn’t eat dinner or sleep.

Jeff finally thought of who it was.

“It might be Mr. Rowin,” said Jeff. “He said something about revenge on mom.”

That day the dogs went to school. Jorge and Jeff made a plan.

“I have a plan, today when we go outside, climb the fence and go to mom’s office,” Jeff said.

They got to their mom’s office and saw a dog using test tubes, it was Mr. Rowin!

“Ok, let’s do this,” said Jorge. “Let me load this and…” Mr. Rowin all of a sudden started drooling.

3rd prize: $50 cash prize and $25 Half Price Books Gift Card
The Vampire and the Spy by Daniel Sloop

It was the year 4070, 2,000 years since the first vampires were created. Ivan Erikson, the most dangerous of the original vampires, sat in Callie Devereaux’s bar, sipping vodka, his fingernails tapping against the wooden table.

He looked up to see a pretty blonde barista with bright blue eyes smile at him, “Hi! Can I get you anything?”

Ivan smiled, perfect timing. He looked up, straight into her eyes, “After your shift meet me in the basement of the bar, I’m in the mood for a snack.”

She nodded slowly, her bright gaze a little duller, and walked away, offering to help the next customer.

He grinned and took another swig of his vodka; the day was looking up.

Ivan sighed and licked his lips as the unmistakable smell of fresh blood wafted around him. He looked at the dead blonde, “Well, Elijah will certainly be disappointed.”

He slid out his fangs when he heard the sound of laughter coming from upstairs. He cocked his head to the side and vamped up to the attic where he hid in the shadows to observe the situation.

There were three men, 2 bodyguard and the boss, laughing at a petite redhead they had strapped down to a chair. The boss took a step forward when her foot collided with his stomach. He crumpled to the ground, and she flipped the chair in the air, undoing the knots in midair. Ivan vamped out of the shadows and killed the two bodyguards.

The redhead turned around, “Vampire,” she scowled.

Ivan bowed, “Pleasure to meet your acquaintance. Care to accompany me to my car?”

She turned on her heels scoffing softly.

“Another time then?” He called out.

“In your dreams.” She replied.

Ivan chuckled, she certainly was an interesting one.

Heat suffocates me as I peel my eyes open, grog blanketing my vision.

I’m inside a small terra-cotta hut, the door thrown open as if to coax in a breeze.

My body aches, and my face feels strangely bare.

I sit up, trying in vain to remember anything.

My eyes snag on a group of bronze-skinned people outside the door.

Once I’ve noticed them, one enters with a heaping platter of fruit.

I take an apprehensive bite.

The taste must trigger something in my head, because suddenly my memories come rushing back like full-force tidal waves.

I’d barely made it to Venezuela from where I lived in New York when my hovercraft malfunctioned and I’d gone hurtling down, unconscious on impact.

My fingers raise involuntarily to my face, probing the skin — no wonder it feels so sensitive; I’ve lost my gas mask.

Back at home, the air is so polluted breathing it in causes coughing and lung disorders, so we’re all issued government-grade gas-masks.

The girl in front of me must see that I’ve remembered.

She shows me her forearm, which has a single acronym: PICK.

We all knew of the government’s Program to Identify Criminality in Kids, which screened for unsavoury genes in order to deport suspected felons before they committed a crime. I had been sent on a mission to Venezuela to check on them.

I stare at the people around me: a woman who’s fanning me, a girl who hands me fruit after fruit.

The irony dawns on me right then and there: how strange that our society has gone downhill, stewing in hatred and anger, while the supposed criminals show more generosity and kindness than anybody else. 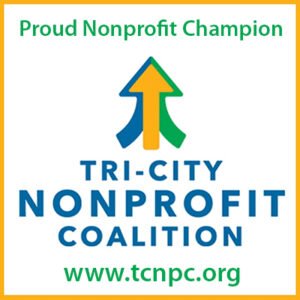